← QWERTY: A Short History of the Computer Keyboard Tesla Claims Onboard Computer is Quickest Off the Mark in the Automotive World →

A rare example of Ada Lovelace’s ground-breaking computer program has sold at auction for £95,000. 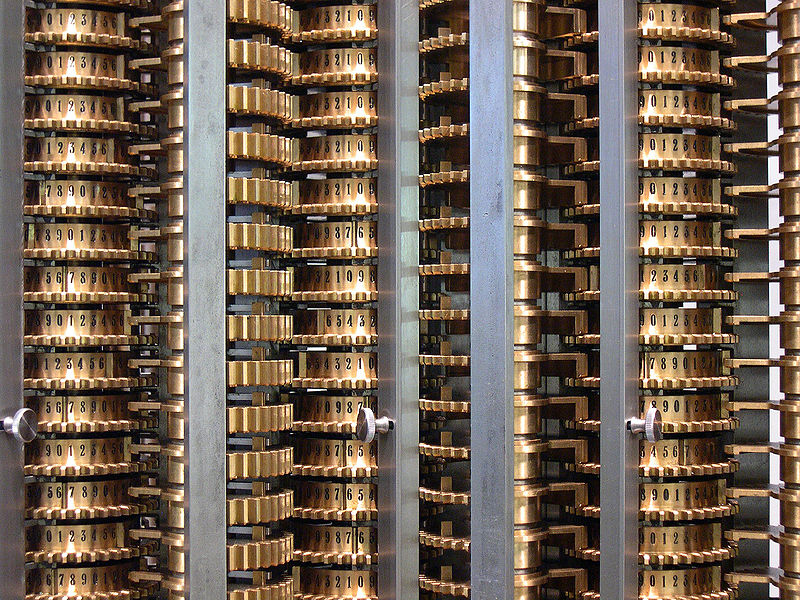 Published in 1843, the leather-bound book is a translation of work by Italian Mathematician, LF Menabrea, concerning Charles Babbage’s idea for a computing machine.

Among the translation, however, is Lovelace’s own notes, reflections and an algorithm. It is this algorithm that is considered by experts to be the first ever computer program.

Who is Ada Lovelace?

Augusta Ada King-Noel, Countess of Lovelace (1815-1852) was an English mathematician and writer. She is credited for her insightful efforts to realise the potential of Charles Babbage’s proposed mechanical computer, the Analytical Engine.

This being the case, she is the first computer programmer of pre-modern times. In an era when no one understood the potential of an automated form of calculation and computing, Lovelace and Babbage were revolutionary in their thinking.

Lovelace is also notable for her father, Lord Byron. She is the only legitimate child of Byron’s, having been born to his wife Anne Isabella Milbanke. The pair were separated a month after Lovelace’s birth. In an effort to avoid Lovelace following in her father’s notorious footsteps, Milbanke fostered Lovelace’s interest in mathematics and logic.

Despite her efforts, Lovelace exhibited Byronic traits throughout her life and requested to be buried beside him on her death, aged 36, the same age at which Byron himself succumbed to disease during the Greek War of Independence in 1824.

Every year in October there is an Ada Lovelace Day in her honour.

How much of her work exists today?

Moore Allen & Innocent Auction House estimates there are only six bound copies of Lovelace’s book. The official title is the rather cumbersome:

Sketch of the Analytical Engine Invented by Charles Babbage Esq by LF Menabrea of Turin, Officer of the Military Engineers, with Notes by the Translator

As is typical of her time, Lovelace takes a backward step in not putting her name in the title of the book. Instead, the copy of the title page reads ‘Lady Lovelace’, below the line ‘with Notes by the Translator’.

The book marks a sharp rise in the popularity of Lovelace memorabilia. One example saw a curt ‘Sorry, I can’t come to tea’ written in Lovelace’s own hand go to a bidder for several thousands of pounds.

This year Ada Lovelace Day is celebrated on Tuesday 9th October. To acknowledge the contribution of women to STEM subjects (Science, Technology, Engineering and Maths) and encourage a new generation of female computer programmers, scientists, engineers and mathematicians, go to findingada.com for information on how to celebrate it in schools, after-school clubs or at work.

Indos Computer Services have kept SMEs in business since the dawn of the PC – that’s 1980, not the 1800s! We’re a company that likes to keep things simple when it comes to backup services, email setup and support, networks and accounting software. Our team are experts in their field but always explain our services in layman’s terms and without jargon, so you know exactly what you’re getting. For the finest IT support team in St Albans, Watford, Hemel Hempstead and the surrounding areas, contact us today.

This entry was posted in News and tagged Ada Lovelace, Ada Lovelace Day, First Computer Programmer, STEM subjects, Women of STEM. Bookmark the permalink. ← QWERTY: A Short History of the Computer Keyboard Tesla Claims Onboard Computer is Quickest Off the Mark in the Automotive World →