If you owned a laptop in 1998, chances are it looked like a pavement slab and weighed just as much. Fast forward to 2008 and the technology is lighter, faster and wifi enabled but it certainly looks similar to the clamshell laptops of yore. This brings us to 2017 and the present day, where laptop manufacturers are scrambling to make wafer thin laptops with maxed-out memory and better battery life, but what’s next?

To answer this question we’ve put together a list of laptop design trends we’re looking forward to in 2018 and beyond. 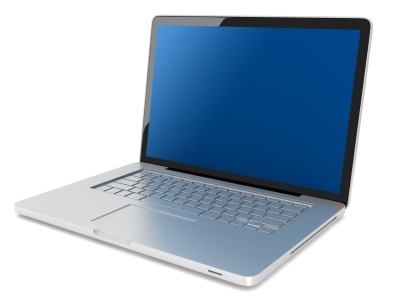 In response to declining tablet sales manufacturers are investing in detachable laptops that fuse a keyboard dock to a tablet screen. Whether this is a truly innovative user experience or the big tech companies simply hedging their bets has yet to be seen. It’s promising, though, since Samsung perfected its Activ line of PCs. This time next year you could be using a device as versatile as a tablet, with the computing power of a laptop.

We’ve had gesture controls on gaming consoles for a while now, but users have always found the technology clunky to say the least. Since the launch of systems like Microsoft’s Kinect in 2010, gesture sensing software has advanced and will bring a whole new level of interactivity to high-end laptops in 2018.

Features such as gesture control and eye control are known as ‘perceptual computing’ and it’s set to be the next big development for computing in general. Controlling the cursor with your eyes is yet another breakthrough that is signalling the end of the traditional mouse. Instead of pointing and clicking, intelligent software and precision hardware will combine to track your eye movements and respond to commands.

Carl Korobkin, Vice President of Business Development at Tobii Technology asks, ‘picture yourself perusing a map in… [a] game by naturally moving your eyes to your desired destination. What if you could zero in on your target by simply looking at it rather than having to aim with your mouse?’

Owning a laptop with a 12 hour battery life in 2017 means shelling out for a Macbook Pro. That sounds great, but don’t hand over your cash just yet. Various online reviewers have proved this quoted battery life is only achievable while running no major apps; disabling the keyboard backlight; lowering screen brightness; and with a CPU optimiser running in the background.

It’s hardly an ideal situation for getting work done.

Low-power CPUs and higher rated batteries are making all-day battery life a reality for many laptops in 2018. Also, the thermal power required to cool CPUs is decreasing year on year. Part of the reason the Macbook Pro increased its battery life is due to its lack of cooling fan to drain the power.

Expect these handy features to make it to all sectors of the market next year. No matter what your budget, untangling a knot of charger cables before meetings and searching high and low for a free socket could be a thing of the past this time next year.

Indos Computer Services is the premier provider of business IT support and email setup services. If you are a Small to Medium Business (SME) and need IT experts on hand to complete any number of IT tasks, we are the one stop shop for computer services in Hertfordshire. Since 1980, our team have been helping businesses of all kinds to run without a hitch with regards to their IT requirements. We even offer 24 hour on call support, so you’re always covered. For more information, contact our team today.